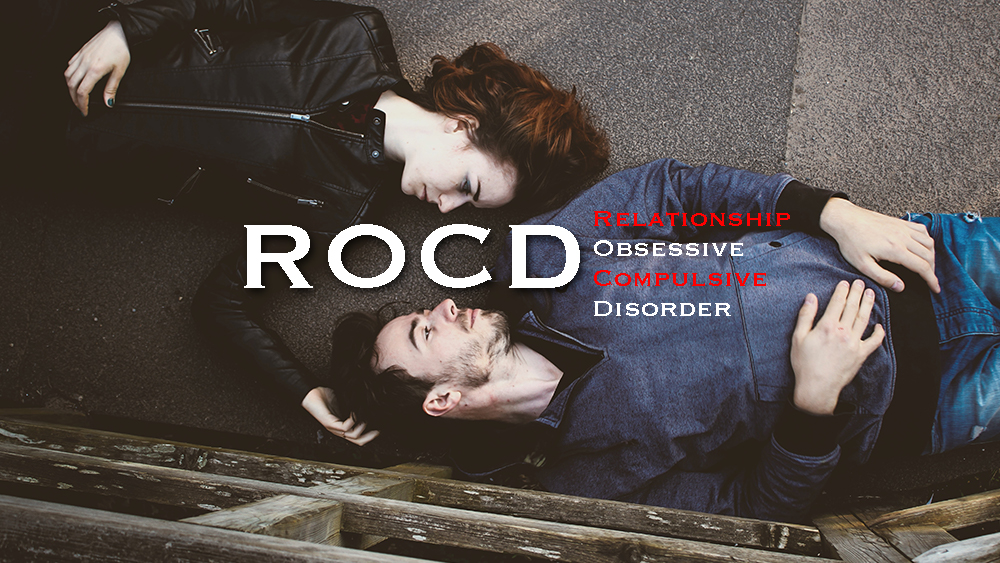 Relationship Obsessive Compulsive Disorder also known as ROCD is a relationship anxiety. Have you ever obsessed over your relationship to the point of chronic anxiety? Have you persevered to find how to stop ROCD? This blog may answer your ROCD questions.
Have you ever asked the questions:

These questions are questions that any partner may think of before getting married, or even at any stage of a relationship or while being married. Maybe you hear of a person separating or getting a divorce and you shudder with fear at the thoughts of…
“What if it happened to me!”.
That’s a common response for a person in a good relationship. But that thought will generally fade away and life carries on. However sometimes it can leave a lasting residue and establish a fear in you. A fear of your relationship failing, whether its because of you or your partner. You may not even be in a relationship yet. This fear and anxiety can start a person obsessing over their relationship. Obsessing and checking how things are, checking to make sure everything is ok and that their love is solid. This checking a relationship and ensuing anxiety is quantified as ROCD. Now don’t get me wrong, people in relationships will occasionally make sure all is ok, but when it produces ongoing checking, constant anxiety, and it effects your quality of life, it can then be qualified as ROCD. Sometimes it can develop from something totally unrelated. For example one guy I know went through a really traumatic event when he lost his dad. He fell into depression and developed ROCD. Endless questioning and checking. This developed from his anxious depressed state that he was in and from that came his ROCD. He feared losing the other person whom he loved dearly, his wife.

Can you beat ROCD? Can you be totally rid of it? The answer is “Yes”!
You can overcome it, and “Yes” you can be rid of it.

Step 1: Keep things in perspective.
Some things are important and other things are not. For example looks aren’t that important. I’ve never heard of a couple break up purely because of looks. You’ll find there where other undercurrent issues at play. Learn not to put everything under a magnifying glass. Keep what’s important a priority and recognise any irrational thoughts.

Step 2: Live for the today.
Make your decisions based in the now, based on the facts. If we spent more time thinking about now rather than what happened yesterday or in our past, we’d be alot happier. Don’t dwell on what you cannot change. Dwell on what you can do to make today great. Have FUN!!!

Step 3: Talk to somebody whom knows about OCD treatment.
If you still struggle why not have a chat to somebody whom specialises in this field. I find a problem shared is a problem halved. You’d be amazed just by talking what it can do.

Step 4: Don’t feel you have to prove things or that your partner has to prove their love to you.
Don’t secretly be testing their love for you or your love for them. The reason is as soon as you start these little tests you’ll find its impossible to actually test love. Love cannot be explained, love cannot be measured, love just is. Its like trying to quantify why you love your favourite chocolate bar, or why you love to laugh…you just do.

Step 5: Understand that love is not tangible.
You cannot hold love or be guaranteed of love. Nobody can promise you a bed of roses in any relationship. You may be married in the eyes of the state and church, but it doesn’t guarantee anything. That is why we take things a day at a time. Love is not tangible, it is an inner heart felt commitment. It needs to be protected, and not distracted from. Love is loyalty. If you are married, the endless testing can cause the grass on the other side to appear greener, but I guarantee you, you have what you need already.

Step 6: Don’t be lead by your feelings.
Some days you may not feel in a very loving romantic mood. Or perhaps you go through a difficult time, or like my friend earlier, maybe a death or trauma. Either way, feelings can be up and down. Love may produce feelings, but it is not a feeling. Never be lead by feelings, for your feelings are like the Irish weather…unpredictable and changeable. Instead be lead by your heart. Be lead by what you know is right, your gut.

7: Love is a choice
The most important step is Step 7. Love is not a feeling, an emotion, or something tangible. Love is however, is “A CHOICE”. You can choose to love somebody or not. So when you meet mrs right or mr right, you are presented with a choice before you walk down the aisle. “Do you choose to love them till death do you part?” “To have and to hold as the vows go?” As life throws challenges at you, as you get old and wrinkly, and as you find things you disagree on. You decide, you stick with it, and you trust they do the same. We marry our best friend and lets not forget that fact. When a couple choose to love each other for life its a great thing. When we fear of losing a relationship it only goes to prove that its very important to you. OCD will only target whats important to us.

I hope this helps you. But I must stress that if you are suffering from ROCD drop me an email and I’ll help you through it.
Other articles that might help are listed below, and don’t forget to sign up to my newsletter for all the latest.

In this article:anxiety, love, relationships, ROCD, thoughts
Up Next: